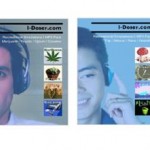 This one really caught my eye and I felt the need to share.Â

The chance of getting my hands on legal mind-altering drugs, without the side-effects sounds good – and to achieve this through technology â€“ well, that sounds too good to be true!

Now, the promise ofÂ  â€œproven, scientific and safe methods of synchronising your brainwavesâ€ through pulses of binaural beats or sound waves has been an on-going thing since the â€™30s.Â

Basically the science of altering your mindâ€™s state and your mood by sounds.

Users of sound cancelling headphones can quite often feel the effects of the sound waves,Â reporting a light-headedness or dizziness with specific models.

i-Doser claims you can get a similar experience from their MP3s, which offers certain sounds that mimic feelings brought on by your average street drugsâ€¦â€¦â€¦..apparently.

For less than a tenner, i-Doser will sell you the Recreational Simulations 1 MP3 pack, which contains four â€œdosesâ€ in MP3 format, each provoking the feeling of a different â€™street drugâ€™…….obviously I would not be able to comment on that.Â

Effects often gained from the use of marijuana, cocaine, opium and peyote are promised in these doses, with each audio track containing their “advanced binaural beats that will synchronise your brainwaves to the same state as the recreational dose”.

It’s up to you whether you think that these effects are merely psychosomatic – but perhaps there’sÂ only one way to find out………maaaaaaaaaaaan.