DriveSafe from Vodafone will Reply to Texts when You’re Driving 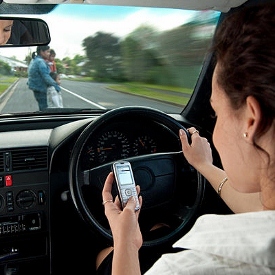 I know that there’s some of you out there that finds it hard to resist from replying to a text – even when driving. Vodafone has a new service that will auto-reply (see what I did there? Auto. Car. Never mind) telling your buddy that you’re on the road and to stop bothering you.

The new Vodafone DriveSafe service, when activated, pings off a text reply which reads “I’m driving at the moment. I’ll read your text as soon as it is safe to do so.”

Texting while driving increases the chances of a crash even more than driving under the influence of alcohol. The worrying thing is that this behaviour is on the rise!

Remember – texting, or any use of a mobile phone or similar device, is illegal in the UK.

DriveSafe launches on Vodafone in New Zealand this week and, because it’s a network service rather than an app, it works across any phone. Better still, it doesn’t involve any downloading or tricky setup.

To activate DriveSafe all you need to do is send a text message to a set number, saying “Drive on” when you get in the car and “Drive off” when you arrive.

OK, so you have to remember to send a text to DriveSafe – before you get in to your car ideally and definitely before you set off.

Perhaps an option to squirt that “Drive on” text when your phone pairs with your car’s Bluetooth system might be better? How about a neat little NFC tag on your dash to activate it seeing as most mobile makers (Windows Phone 8, Nokia, iPhone 5 and BlackBerry to name but a few) are adding the Near Field Comm tech?