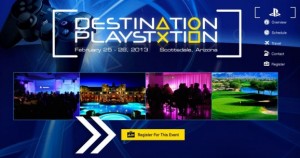 In the wake of the announcement that Sony has now killed of the PlayStation 2 after 12 years loyal service, Sony will host an event next month entitled ‘Destination Playstation’ to show off its 2013 releases – does this include hte PlayStation 4?

Destination PlayStation will take place from February 25th til the 28th in Scottsdale, Arizona ahead of the industry mega-event E3 in June.

Naturally, Sony is keeping all the other details under its collective hat but could it all be in the timing?

Now that production of its 150m selling console has been ceased does this mean more room for the PlayStation 4?