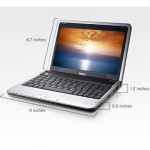 While we’ve seen various pics and specs before we now have prices to go with them along with an October release date.

The XP version starts at but Â£299 or you can saveÂ Â£30Â by opting for the Ubuntu version which is set to retail at Â£269.

No news about the red or (red) version so at the moment you can get in any other colour asÂ long as itâ€™s black.