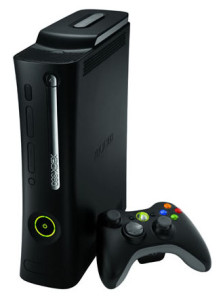 Virtual world Habbo polled 5,450 UK 11-18 year olds and discovered that the majority of them have placed a games console at the top of their Christmas list this year, with the Xbox 360 coming tops.

They also found that 39% had asked for a console or computer from Santa. This is quite a significant lead over mobile phones, coming in second with 14% and clothes and accessories in third with 13%.

Microsoft’s Xbox 360 was the most desired with 20% of the votes followed by Nintendo’s Wii and PlayStation 3 winning 19% and 15% of the vote respectively.

Considering the news that Nintendo DS broke the sales record for hardware in the UK last week, it is rather surprising to see handhelds not coming out as more popular with young people, with only 2% wanting a DS and 1% wanting a PSP.

But, if those teens have been less than perfect they’ll have to figure out how to get used to the AR interactiveness of a lump of coal and a satsuma!