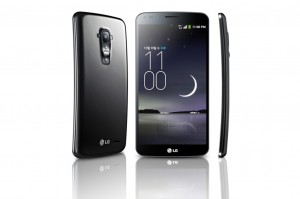 LG’s first-ever curved smartphone, the G Flex, will launch in the UK through EE next February.

The 6-inch Android-powered G Flex handset does certainly stand-out. This is mostly thanks to its pronounced arc along the length of the device, as opposed to how the Galaxy Round does it.

Another element which sets it apart from other smartphones is that it is able to heal itself. The “self-healing” cover is capable of withstanding the odd scratch from your house keys and other such pocket and purse unfriendlies.

EE is yet to disclose any pricing information, but it’ll be showcased in select stores from December 20th so you will be able to go hands-on with its unusual design and hardware features.

LG has already released the device in Korea, Hong Kong and Singapore – it’ll be hitting India “soon” and further European markets are expected to follow.