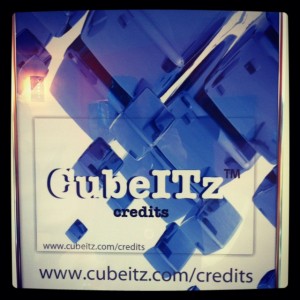 Something I eluded to in my ‘I’m Back’ post was that, whilst I was away, I was fortunate enough to be invited to the launch of a new tech product called CubeITz.

New Milton based, Fusion Data Technology, launched the ground-breaking technology product CubeITz in front of a star studded audience and national media at their HQ.

Nearly 100 specially selected people (and me) from across the globe were witness to the unveiling of the product which has spent the past seven-years in development.

CEO Sean Kearney welcomed guests as they made their way up the ‘blue’ carpet.

Ruby Wax arrived alongside CubeITz marketing director Charlotte Fantelli, in a Black Maserati Cabriolet – as you do.

After an introduction by Kearney, CubeITz was demonstrated by developers Ian Jennings and Gary Tylee.

CubeITz enables users to back up and remotely store files in the most advanced ‘filing system’ known to man. What is even more remarkable about this technology is the way you can chat, message and enjoy live features in a completely secure environment.

Built with security in mind, the system can be used for transferring sensitive documents and safely hosting files that you might otherwise think twice about storing in regular Cloud systems.

With the security in mind and, for me, one of the most impressive and important parts of CubeITz is that security system. 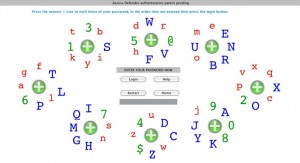 Developed by the country’s leading technology experts ‘Access Defender’ must currently be the most secure login technology and it’s being used for the very first time with CubeITz. The system revolves around a mixed bank of letters, numbers and symbols grouped around eight selection points. When you choose each part of your password the combinations randomise again after each selection. This renders your password pretty much unguessable – no matter whether someone is filming you input your PIN or marking where you press.

When asked about what sparked the idea for CubeITz, Kearney replied: “I, like many others, was getting more and more concerned with the common problems associated with ID theft and the web. I knew there had to be a better way to store files and communicate, a way that had all the benefits of the web, without any of the pitfalls. That is where the idea for CubeITz started”

As well as chatting with CEO Sean I managed to grab some time with award winning, Hampshire based entrepreneur Charlotte Fantelli. I asked how she became involved with CubetITz –“I was given a demonstration of the system in its early stages and was blown away by it’s capabilities. I am very excited to be a part of this incredible product.”

There are plans to offer this tech to the Government and other business where security is paramount and there was even a suggestion that CubeITz could even be implemented at Passport control.

There’s no denying that it is impressive and I would not be surprised to see Access Defender appearing as a secure login on other products.

To get your free CubeITz (limited availability) go to www.cubeITz.com now.