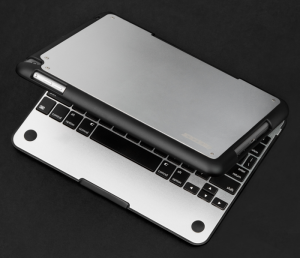 CruxCase has just announced their brand new CruxENCORE for iPad Air, which is a cool looking keyboard case that can turn your already swanky iPad Air into a Macbook lookalike, and it has just debuted on Kickstarter.

CruxCase is well known for rolling out cutting-edge and stylish iPad cases and they hope that this one will be a successful addition to the family now that its gone live on Kickstarter.

The CruxENCORE is a versatile rotating protective keyboard case for the iPad Air and it will give your Apple tablet the look and feel, if not the power, of its laptop bretheren.

The CruxENCORE for iPad Air has been specially built to resemble that of a MacBook Pro, while sporting both the weight and feel of a MacBook Air. The keyboard case is packing Bluetooth as well as a raised, full-sized QWERTY keyboard.

Thanks to its exclusive hinge technology, the CruxENCORE’s hinge can fold back on itself through a full 360 degrees for 4 distinct modes or positions: Laptop Mode, Movie Mode, Tablet Mode, & Carry Mode. 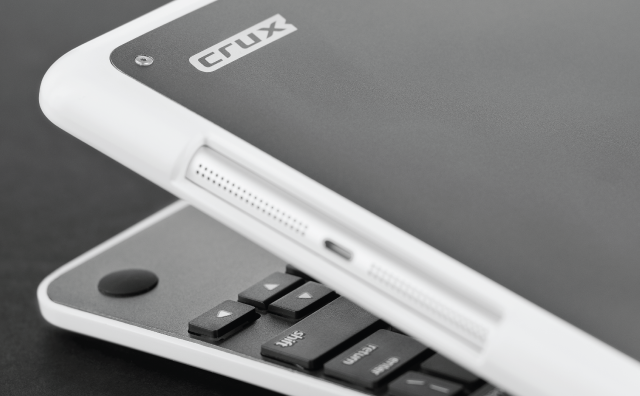 Measuring just 2cm thin, it also happens to double up as one of the thinnest keyboards to have ever been developed for the iPad Air. The CruxENCORE has been engineered with anodized aluminum, so that it tips the scales at a travel friendly 1.45lbs.

The case itself is planned to feature a 360 mAH battery which will help power the integrated Bluetooth connectivity so that it does not sap any more additional juice from your iPad Air than required, and depending on your usage pattern, you might even need to charge it just once a month.

Check it out in the video below.