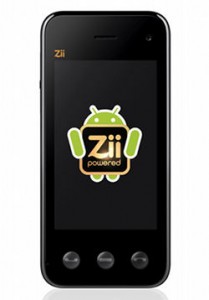 The Creative Zii Trinity phone is another one of those iPhone killers and it has just been announced today.

Just one draw-back: is anyone going to make this phone?

Thing is, the Creative Zii Trinity Android phone is a reference model, like the Zii Egg Android iPod touch rival before it.

So – we need some blower-maker to make this reality but the likes of LG and Samsung probably wont be in the queue as they make their own displays.