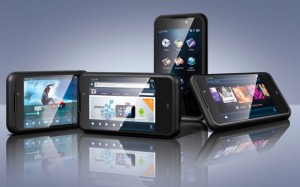 Remember that Zii chip that had all that stem cell marketing stuff going on?

When I heard that Creative were going to shove it into an egg I was mightily confused….

Until I discovered that the Creative Zii EGG is actually a PMP that will be packing Android.

Not only that but it’s set to taunt the Touch as it both records and plays HD video!

The 3.5-inch Creative Zii EGG has more than a passing resemblance with the iPod touch but runs Creativeâ€™s Plaszma platform, as well as Android, and some other bits ‘n’ bobs.

The EGG has a 320Ã—480 capacitive screen (like the iPhone and iPod touch) and has 32GB of memory (yup), Wi-Fi, GPS, and Bluetooth but then it starts getting interesting.

You can increase the storage via the SD slot (I reckon microSD would’ve been neater), it shoots HD video and it can play back 1080p movies on a big screen.

This means that the EGG can also take on the Zune HD as well in this PMP survival of the fittest!

At the moment, the Creative Zii EGG is only available for developers and manufacturers (BOOooooooo!) but perhaps those developer people will sling in 3G to really upset the apple-cart 😉

Would you buy one instead of an iPod Touch or Zune HD?

Not sure? Here’s a video: