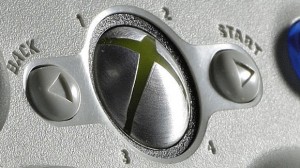 Microsoft has practically said that it will be announcing a something major, probably a new console at the annual gaming convention E3 which isn’t til June!

We have all been expecting the launch of an update to the Xbox 360 console this year but Microsoft’s Major Nelson, has gone so far as posting a countdown calendar to the E3 2013 event on the 11 June.

That’s more than an hint to say Microsoft is up to something which will be unveiled at the gaming get together.

Naturally, Microsoft hasn’t actually confirmed it will be the Xbox 720 release bash, but alongside the countdown are the words “And it’s on…”

Following the rumours and other pointers it’s pretty much a given that the Xbox 720 has been in planning for some time thanks to leaked official documents and job ads along with reports suggesting that it will land before Christmas this year.

The Xbox 360 was first unveiled in May 2005 on MTV, for example, and it was released in November the same year. There’s no reason to think the Xbox 720 wouldn’t follow this pattern.