Could Apple be Releasing iPads, iPhones and iPods with A5X and A6 Processors? 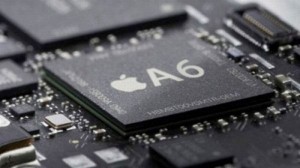 Apple seems to be keeping everyone guessing – as usual. First everyone was sure that their next generation of iLoveliness would be sporting A6 quad-core chips. Then, there was news that they would be equipped with refreshed dual-core A5Xs. Could they actually be releasing both?

Obviously, we are all hoping that the A6 quad-cores will be powering the iPhone 5 and iPad 3 – the thing is, deep inside iOS 5.1 there are references to two unreleased mobile processors, suggesting Apple is actually working on both at the same time.

The last thing I’ve seen is an A5X sat in what was reportedly the innards of an iPad 3 but all the buzz since last year has been about the quad-core.

Apple’s Xcode development environment added support for at least one quad-core ARM-based processor, and code references in iOS 5.1 pointed at quad-core support. A quad-core processor would certainly keep Apple competitive with high-end competing Android devices which have begun to incorporate quad-core processors such as NVIDIA’s Tegra 3.

The A5X iPad 3 rumour has been supported by other whispers suggesting that Apple’s next-gen devices would be powered by a modified dual-core design. These would retain the same basic CPU as the current A5 processor but connected to an improved GPU design.

This could all point to Apple employing an A5X for lower cost devices such as an entry-level iPad (unlikely) or next-generation Apple TV.

As the A5X would play nicer with lower-power devices with smaller batteries I would suggest slinging it in the new iPod touch or bump up the iPhone 4S.

Yeah, I want the A6 quad-core in the iPad 3 but also in the iPhone 5 damnit!