Come Touch My Wood, Put it Against Your Face Then Make a Call 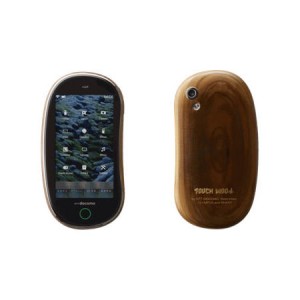 Japan is the home of cool tech – that’s pretty much a given.

Japanese network DoCoMo has come up with some rather funky things in its time and its latest range is no exception.

We’ve seen laptops made from bamboo and the such but no-one seems to have tackled the mobile phone.

DoCoMo is getting all green by carving some prototype mobiles from surplus timber left over from trees culled during thinning to help maintain healthy forests.

The prototype is called Touch Wood.

Regular wood wears out too quickly to use in devices such as mobile phones and could result in splinters in the trouser department! Ouchies!

Each Touch Wood handset has its own unique grain patterns and markings.

The process also doesnâ€™t use any artificial colours of paints, so the handset retains the woodâ€™s natural appearance and lovely woody smell.