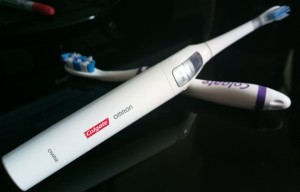 I think it’s probably taken as a given that I like tech and all things gadgety. There are, however, some areas where I am still low tech. I still prefer using a wet razor, and not one with 20 blades, and my toothbrush has only gone as far as one of those battery powered disposable jobbies – until the arrival of the Omron-powered Colgate ProClinical A1500.

I have to admit that being faced with shoving some brand new tech in to my mouth first thing in the morning whilst only wearing my underwear was an odd feeling, to say the least.

The Colgate ProClinical A1500 is a powerful brush and took me a few days to get used to.

In the box you get the brush itself, one bristly head, a charging station and a plastic carry case.

The brush looks reassuringly gadgety with its three modes flashing up on its own LCD display and sits nicely in the hand thanks to the handle’s ergonomic curves. It would have been great if the pack contained a second head (they cost £12 each) but the inclusion of a carry case, albeit perfunctory, is a nice touch.

The charging station comes supplied with a European two-pin plug designed to slot in to the shaver socket in your bathroom. That’s something my E17 flat lacks but, fortunately, I am fully adaptored up. So the brush sits in its neat charging station for an initial 16 hour juice-up.

You don’t have to plug the brush in to the charging station, just place it in the ring-shaped stand and it charges wirelessly.

Wash and brush up

The ProClinical A1500 does come supplied with a light charge to get you through your first few brushes if you can’t wait or are in need of an emergency clean.

The brush uses sonic waves to stimulate the bristles, which in turn give a far superior clean than ordinary hand brushing. In fact the Colgate ProClinical A1500 is fairly outstanding in his field producing an impressive 32,500 stokes per minute.

There is no way I could recreate that kind of cleaning power first thing in the morning – or even half way through the day, for that matter.

What makes the ProClinical A1500 very clever indeed is that the brush knows exactly where it is in your mouth and then adjusts the intensity of the vibrations accordingly.

The on-board sensors know what teeth it is currently cleaning by the angle in which it is being held, giving a superb clean tailored to all the different kind of teeth in your cake-hole.

As I said, this takes getting some used to and it was a little unnerving at first, having the brush decide how best to polish my teeth. But, after a while, I have almost come to enjoy the sensation and trust in the Colgate computer programmers. There is a manual override should you want to take the wheel, as it where, so you can engage Optimum or Deep Clean whenever you want. 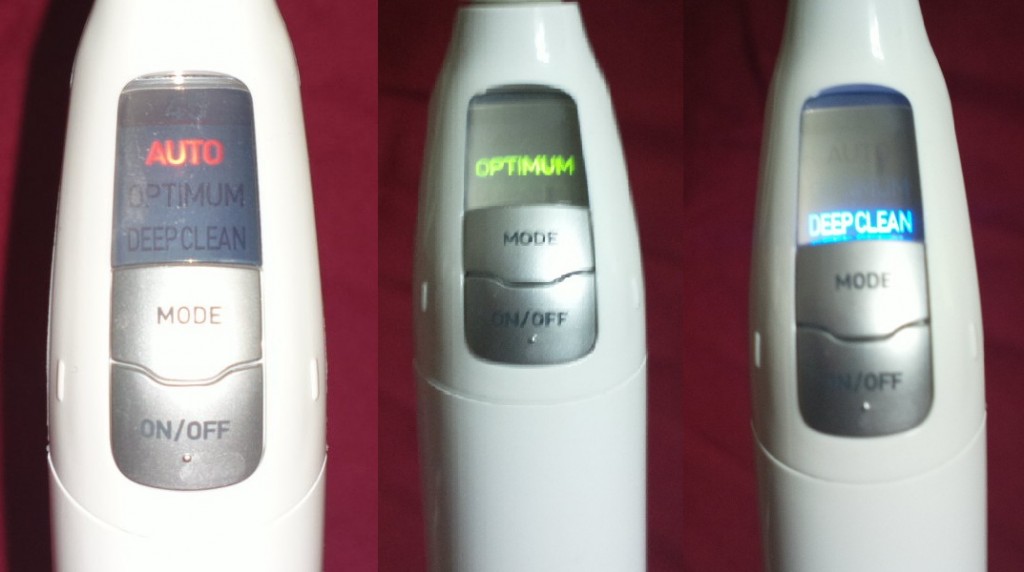 The brush has a couple of other nifty features, such as a timer to ensure you brush for a least two minutes during any given session, and a 30-second pacer which helps to make sure you move the brush around all the areas in your mouth. 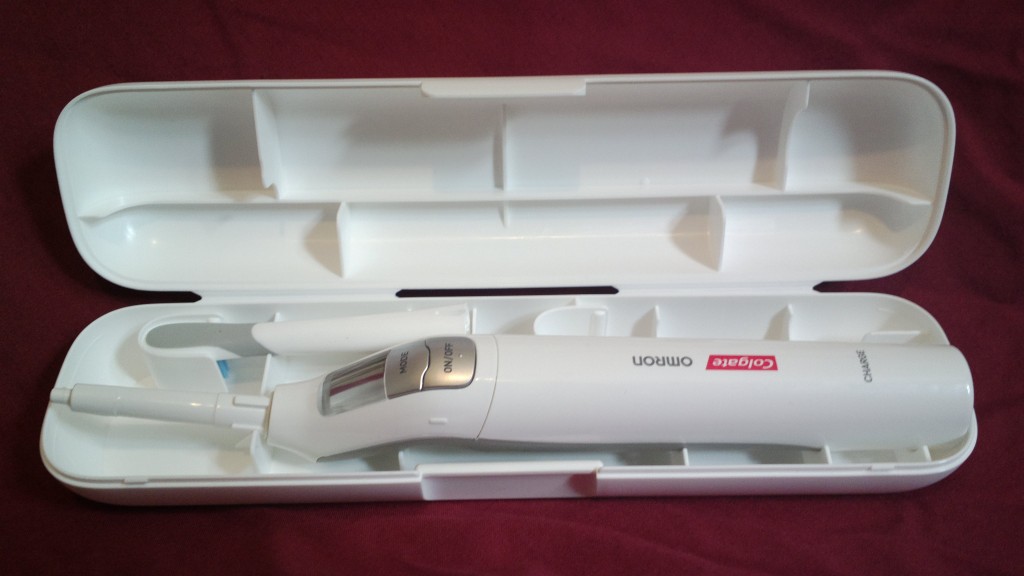 I hate going to the dentist but brushing my teeth has always felt like one of those boring-but-necessary chores. I’ve been using the ProClinical A1500 for a fortnight now and, after the initial uncertainty of how much difference this powerful high tech brush can make, I can honestly say that it has definitely improved the appearance of my pearly whites and I almost look forward to brushing my teeth – still hate mornings and visiting dentists though.

The Colgate ProClinical A1500 costs £85. Yes it’s not cheap but there are other brushes out there that cost a lot more. Also, the replacement heads only cost £12 and the improved cleanliness and healthiness of your teeth might reduce the expense of visiting the lovely folk in the dental surgery.