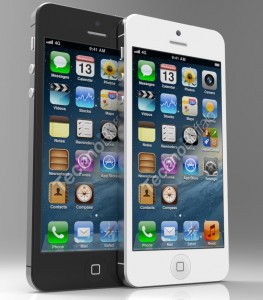 Want to have a virtual wander around the Apple iPhone 5? Well, there’s a video which shows what the new iPhone might look like based on the leaks up to press.

The very cool looking 3D renders are courtesy of Blackpool Creative’s Bryce Haymond who has cobbled together all the recent rumours and pushed them through CAD.

“I thought it would be fun to piece together these fragments to see what the iPhone 5 might look like.” says Bryce – and I am so glad that he did 🙂

A taller iPhone looks to be on the cards thanks to photos that surface a few weeks ago which also pointed towards the new iPhone rocking a striped aluminium back, which I happen to dig.

Leaked schematics that matched that look cropped up soon after which backed up the iPhone’s new look with a 4-inch screen that’s taller — but not wider.

This would give the new Apple blower a 16:9 aspect ratio when you spin the phone on its side.

The taller display would leave room for an extra row of icons on the iOS home screen. Haymond’s render, which uses a mock-up created by Technobuffalo, shows how this will look.

Hymond says he noticed this little touch, which could also mean that the next iPhone could have shaved off a few mm since the latest model.

Haymond also notes that the perforated speaker grille spotted on the leaked components would bring the iPhone’s design in line with the iPad.

The camera, flash, mute switch and volume buttons all seem to have been repositioned slightly too.

Is there anything else that should be mentioned?

Hopefully we’ll get to see the real thing tomorrow.