Cinematic History Made in London – Duo of Imax Opened 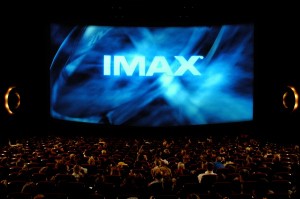 I unfortunately missed out on being present at this bit of cinematic history as two 3-D screens opened their doors right here in the capital.

But I was in Prague after all.

The two Odeon cinemas situated in Greenwich and Wimbledon are built around that fabby Imax technology which gives the highest video quality yet seen, and the crispest audio available.

No, you don’t even have to wear those icky 3D paper glasses, as black plastic versions have taken over.

Other 2009 highlights include Harry Potter and the Half-blood Prince, Transformers: Revenge of the Fallen and A Christmas Carol 3D.