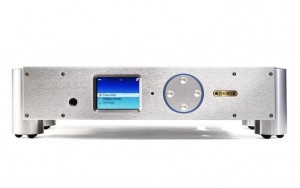 ord Electronics, one of the world’s leading manufacturers of high-performance hi-fi and home cinema products, has just added a fully featured network music player to its Reference line – please welcome the Chord DSX1000.


The new DSX1000 is a high-performance digital network streamer which features Chord Electronics’ world-renowned proprietary DAC technology. Perfect for those audiophiles that are finding themselves with an increasingly large digital library.

As with all Chord products, the DSX1000 is carefully made by hand in Kent with an advanced chassis and casework machined from aircraft-grade aluminium.

The player’s streaming engine is directly coupled to the DAC which re-clocks all incoming data to remove jitter, while the unit also has the same analogue volume control circuit found in the company’s CPA8000 Reference preamplifier (£25,000), allowing it be used straight into a power amplifier.

The DSX1000 features UPnP (Universal Plug and Play)/DLNA (Digital Living Network Alliance) access and control and is capable of transforming the sound of MP3, WMA, WAV, AAC, ALAC and FLAC files, with 24-bit/192kHz support where available, and follows the success of Chord Electronics’ debut streamer, the Chordette Index. 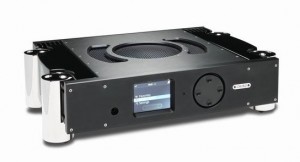 The player also boasts both volume-controlled and line-level analogue outputs which feature both balanced XLR and RCA phono connections. The network connection is via a fixed-wired ethernet port due to the bandwidth limitations of Wi-Fi for 24/192kHz support (ethernet-over-mains connections can also be used if required).

The DSX1000 has a full-colour 3.5-inch TFT front-panel display showing album artwork, set up options etc., along with a cursor control system for manual control. The DSX1000 can also be driven by remote control, or using many of the UPnP apps available for iOS and Android devices.

Chord Electronics is also offering a custom version of SongBook for the DSX1000, which will be available to download from iTunes soon. An Android version “may also be available later on”.

Chord are currently making a review device which I hope to get my hands (and ears) on and, in the meantime, I hope to soon receive a Chordette Index streamer (as mentioned above) to review.