Having barely put down Zen Studios last PS Vita release (the fine KickBeat), Zen now head charge CastleStorm to the Vita. CastleStorm is a 2D destruction tower defense brawler. Whether you are a fan of the tower defence genre or not don’t worry – if the game has a Zen Studios emblem on it you are safe. That being said, this is CastleStorm, so you’re not going to be safe for too long.

CastleStorm has a straight forward game plan: defend your castle from neanderthal grunting Vikings while rallying your troops to annihilate your opponents stronghold. To win the fight, you’ll need to reducing their castle to rubble quicker than a planned demolition. Alternatively, you can wisely deploy warriors, break down their castle door and steal their flag.

Starting with your trusty ballista (which is mounted to your castle) will launch projectiles towards the enemy. The aiming of such a crossbow is delightfully easy and the Vita touch screen handles this brilliantly. In fact, the whole game can be played by touch screen which makes CastleStorm a dream on the handheld.  As well as firing standard javelins, your ballista can handle many other projectiles to create different levels of destruction. Rocks, apple grenades, huge axes and even exploding sheep can all be hurtled at advancing enemies. Hit a five streak kill and your weapons will light up, enabling you to fire out even more of a weapon frenzy towards the opposing castle. 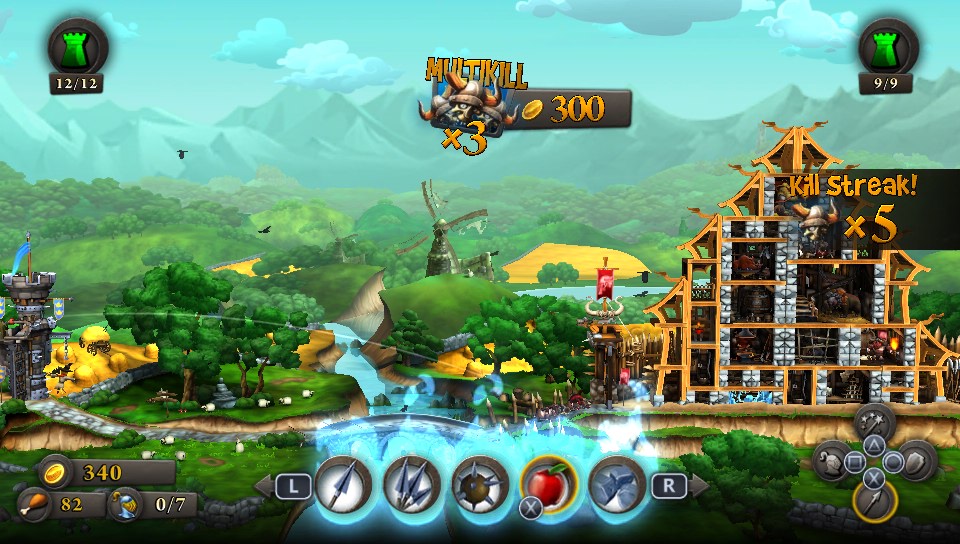 Due to the elaborate construction of each opponent’s castle, you’re going to need accurate and relentless fire power if you want to be the first to create a fallen heap of medieval mess. Throughout your epic journey, levelling up your weapons and making your motley crue of warriors stronger is essential to progress. Side quests are also included. They are a tad on the short side and don’t help you complete the story but they do offer chances to earn precious coins. Spend these coins wisely as you’ll be encountering giant transformer type barbarians made of stone that don’t fall easily. You’ll also need to multi-task by protecting your troops as they sprint to take cover in the mines. It’s this constant onslaught of axe wielding warriors that really make CastleStorm the addictive and incredibly fun game it is. There is a huge amount of extras too, for example casting spells like the Heavenly Sword spell will rain  down swords from the heavens on the unexpected Vikings below. If you want you can even edit and construct your own custom castle, a ”Pimp My Castle” if you will. 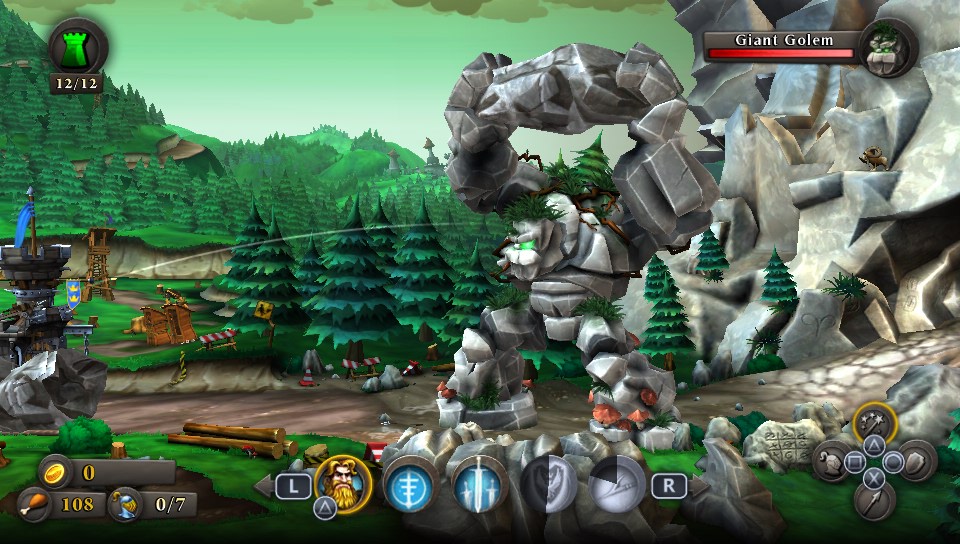 When battles become a little one sided and not in your favour, you can teleport right into the thick of it. Here, for a limited time, you will have full access and permission to go nuts with your axe and let off steam. A bull in a china shop comes to mind. Accompanying the gameplay is a story that unfortunately is only explained by text, but the humour delivered in the cut scenes is a real treat. In CastleStorm, stereotypical cartoon Vikings and their homelands look beautiful, it’s like DreamWorks How to Train Your Dragon has come to the Vita. 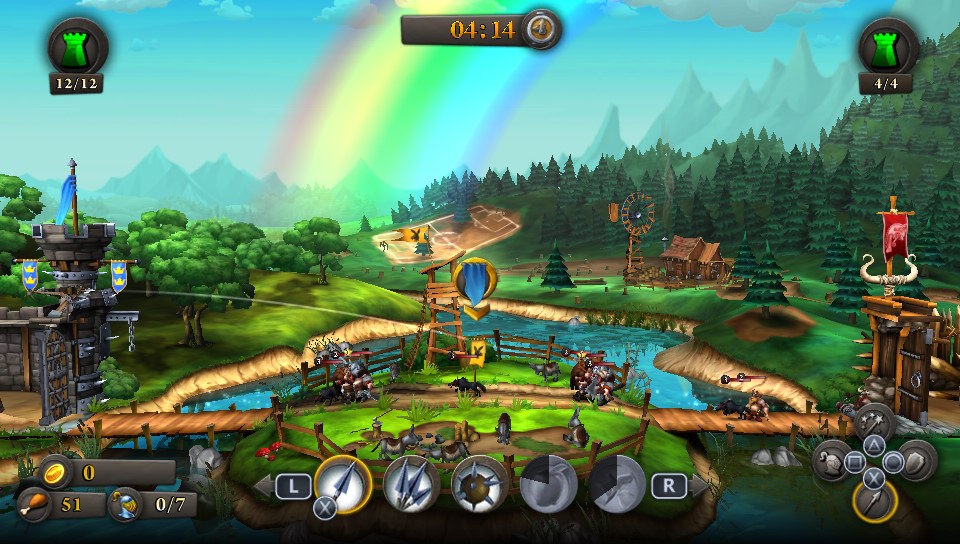 Campaign mode consists of Kingdom Quest and Welcome to Vikingland. When you enter Vikingland, you will change protagonists and this opens up a whole other world of weapons, allies and foes. As well as the main campaign mode you have Skirmish, Survival,  Multiplayer and Co-Op. Not forgetting scoreboards, downloadable content and CastleStorm is cross-buy with the Playstation3 too. All in all it makes for a really full package to enjoy, the only absentee being a Platinum

trophy. Trophies wise there are 11 bronze

Prepare to be impaled, as Zen Studios CastleStorm throws a stimulating challenge coupled with super addictive gameplay. All Hail the Castle of Zen!