Canterbury is the UK Gadget Capital 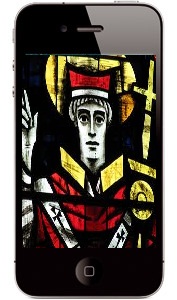 Canterbury beats Bath and Stoke-on-Trent to the gadget city crown. The place more associated with Archbishops and Chaucer proves that it’s all about tech.


The average person in the UK spends £994 on their geekahol. This might seem quite a lot, especially in the credit crunch, but that is actually less than half the amount spent on new technology by the residents of Canterbury!

The UK ranking comes from a poll of 1,100 responses carried out by Explori.com on behalf of The Gadget Show Live which runs from the 11th-15th April at the NEC.

I’ll be there on Press Day, April 10th, so stay tuned for the latest GadgetyNews from the Gadget Show Live arena 😉

The study also shows that, above all, the biggest spending region for gadgets in the UK is the Midlands with 5 cities in the top 20.

Sally Bent, Marketing Manager for The Gadget Show Live, didn’t bat an eyelid at the results: “The figures don’t surprise me. The standard of must-have technology is increasing all the time as is amount of exciting products on offer.”

How does this match your annual spend on gadgets? What was the latest big tech you bought?