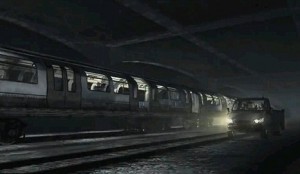 Another game courting controversy. Call of Duty: Modern Warfare 3 already got people riled as the trailer seemed to depict footage reminiscent of the London 7/7 Tube bombings and now it’s on pre-order people are still very unhappy.

The Daily Mail, bless ’em, have made a point that during the ‘attack on London’ a Tube train has a bit of an incident and that there’s a heap of gunfire surrounding Westminster and the Houses of Parliament.

The newspaper makes no bones about saying that this is harsh treatment for all of those that were affected by the terrorist attacks that hit London in 2005 and are calling for the game to be banned.

The Daily Mail referred to Activisionâ€™s upcoming addition to the Call of Duty franchise as â€œAn ultra-violent computer game which features explosions and scenes of destruction on the London Tube and at the Houses of Parliament.â€

Activision denies that thereâ€™s anything to worry about and is talking up biggest sales figures of all time and such.

Are the Call of Duty: Modern Warfare 3 London scenes too much, too soon? Should all shooty-shooty-death-kill games be banned? Is The Daily Mail (heaven forbid the thought) trying to stir up the anti-gaming masses (again – remember the Carmageddon furore back in ’97?) .

Or do you you take a video game the same way as a fictional action feature at the cinema or on the telly? Yeah, the place it’s shot is where I live but…… IT IS FICTIONAL.

When there’s a car crash in a film no one seems to care about those that have been left disabled or lost people through road traffic accidents.

Personally I don’t recall any trucks ramming a tube train – and I had friends that were in the transport system when all of that was kicking off.

check out the ‘shocking’ content below and then let me know your thoughts: