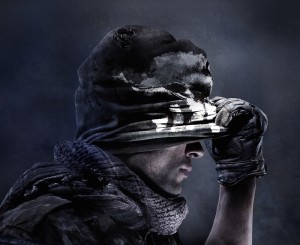 It’s almost Call of Duty time, and Activision is planning a star-studded launch party to celebrate along with news from UK supermarket Asda regarding their midnight launch and specials.

Asda will be selling Call of Duty: Ghosts for £39.97 from midnight on the evening of Monday November 4th.

The Hardened Edition of the game will also be on sale for £69.00 as well as COD-branded Turtle Beach headsets for £69.97.

Gamers will also be able to pick up four packs of Monster Energy drinks for £3 that include a DLC code for the game inside. There will also be other trinkets on sales such as £10 COD iPhone cases and £8 COD t-shirts.

If you like rubbing shoulders with celebs then head over to the O2 as football stars Daniel Sturridge and Andros Townsend will be joined by Wretch 32, Jamal Edwards and Martyn Littlewood, along with music duo Rizzle Kicks for battle.

The A-listers will all face-off against each other in Call of Duty: Ghosts at its official UK launch party on Monday at the IndigO2, London.

Regular folk will have the chance to join the stars as each will lead a squad of six players in the multi-player tournament, and will be recruited players via Twitter.

Hopefuls are able to tweet a hashtag for their preferred celeb, along with #CallofDutyTime.

Anyone not recruited can still enter to win tickets to the event at www.callofdutytime.com or watch the live-stream on YouTube at www.youtube.com/callofduty.

Call of Duty: Ghosts will be released on Xbox 360, PS3, Wii U and PC on November 5th. It will also release alongside Xbox One on November 22nd and PS4 on November 29th.