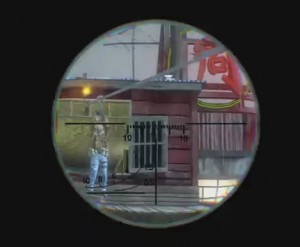 Call of Duty: Black Ops has just been extended thanks to its first DLC (Down-Loadable Content).

The DLC lands on the Xbox 360 first, named First Strike, and is then expected to be made available for PS3 and PC gamers the following month – yup, PC and PS gamers are getting snubbed again thanks to the games nepotism.

The multiplayer level additions include Kowloon city in China, Discovery a German Antarctic research post, Berlin Wall and Stadium. Kowloon has added Zip Line – a speedy way to get from A to B but you are also a zipping target as you are unable to use any weaponry. Fun.

Check out the vid below and start counting the days – Fellow PC owners and PS3 gamers; we’ll have to count longer.

Call of Duty: Black Ops originally launched back in November quickly spanking any other gaming release of 2010.