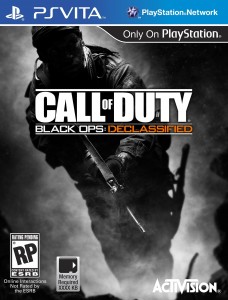 When Sony first debuted Call of Duty: Black Ops Declassified at Gamescom in August, there were some mixed reactions to say the least. The main criticism being the graphics. After seeing what graphically the Vita could achieve, the graphics on Declassified seemed, well, lacklustre. Since then, Activision and developer nStigate Games (previously Nihilistic Software) reported they had taken this on board and made improvements.

With all the talk of graphics leading up to Declassified’s release, the good news is there was nothing to worry about. Declassified looks great. The gameplay is solid too and makes really effective use of the Vita’s features. You can drag grenades using the touchscreen (much like in Resistance: Burning Skies) and you can hold your breath or steady a sniper shot using the rear touch pad. Taking out close range enemies with a knife is also a great use of the touchscreen. With some of this year’s earlier releases it seemed like developers were trying to shoehorn any effect into games just to say the Vita’s exclusive features were being used, so it’s great that in COD’s first Vita outing they actually really benefit the game.

There are 4 main modes of play. The single player campaign consists of 10 objective based missions that can be played over and over. The intent is clearly to strive for a perfect mission. All of the missions are short and relatively easy to complete but be warned, there is the odd mission here that will infuriate you to the point of wanting to dive head first into a wood chipper. It’s almost as if they sensed hardcore fans would be able to nail this game too quickly so they’ve thrown in a couple of staggeringly hard hurdles to extend the game time. There’s the odd blip with enemies too. Every now and then instead of attacking you, they’ll come up to you and start rubbing against you. It’s hard to determine whether you’re under attack or receiving a lap dance.

Next up is “Hostiles”, which are essentially survival missions. You will encounter a complete barrage of various enemies with the aim being to survive as long as you can. These are really addictive. Your best bet with these is to find the best hiding place and take out enemies one by one (or a quick few with grenades). The amount of kills you get during each Hostiles missions determines whether you get 1,2 or 3 stars. You can also brush up on your training skills in time trials (5 in total) and again, how quickly you complete these will also determine how many stars you get. 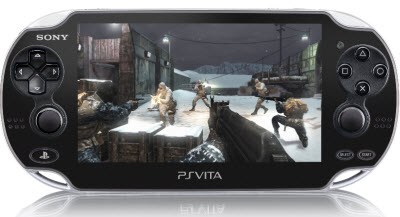 Finally you have multiplayer. Multiplayer is awesome when it works, which is 90% of the time. Sometimes connection will be easy, other times you won’t be able to connect. The maps are small but are hugely enjoyable, their size actually gives you a slightly claustrophobic feeling which heightens the tension and strategy almost goes out the window when putting together killstreaks. With online being such an important part of Black Ops it’s great how well this has translated to the Vita.

The story is set between the first Black Ops and Black Ops 2, taking control of Frank Woods or Alex Mason, but unfortunately is limited to short clips before each mission. It’s a real shame because the missions are actually a lot of fun, it just feels like you’re not sure why you care about the characters during them. I think this may be one of the reasons Declassified hasn’t been received well. Make no mistake about it, this game has had terrible reviews. It’s been called a cynical cash in. Declassified, however, is nowhere near as bad as people are making it out to be. One review gave it 2 out of 10. Another gave it 0 out of 10 (surely the game would have to not even work for it to get a zero?!).

The bottom line: Is Declassified as good as the console version? Are the maps as big and the graphics as good as the PS3? The answer to these questions is no. And yes it would have been cool if there were zombies. But if you take the game for what it is – a very decent handheld version that enable’s you to play Call of Duty on the move – then you won’t be disappointed. The gameplay is spot on, the graphics are superb, and the best part? It’s Black Ops on the Vita.

Punk rating: Ammo up! Declassified is solid and deserves more credit…7.0 out of 10