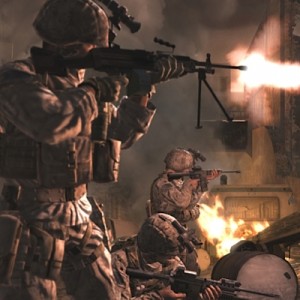 Activision are looking to keep the momentum going after Call of Duty: Modern Warfare 2 saw all kinds of records being broken.

Rumours are being whispered in quiet corners that the name and release date of the next instalment of the war-sim have already been sorted. It looks like Call of Duty 7 will be dropping in November!!

Tek9 loves CoD and as well as knowing pretty much all there is to know they seem to have a direct line to ‘undisclosed sources at Activision’ who have confirmed the existence of ‘Black Ops’. Not only that, but some of the game details have apparently been leaked, too. The latest word suggests that the next game will take you on a tour of the 20th centuryâ€™s most memorable war zones with zombies and the SAS coming along for the ride.

One of these SAS missions puts in the thick of the close combat action during a mission in the Iranian embassy in London during the 1980s.

It has also been confirmed that Call of Duty 7: Black Ops will feature the popular zombie mode, in which players get to shoot down hordes of zombies, a feature that could not be seen in the Infinity Ward produced Call of Duty: Modern Warfare 2.

Zombies and the SAS? How could this not be a winner? 🙂