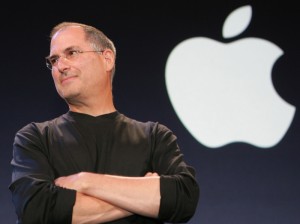 Steve Jobs has died at the age of 56. Jobs was the reason for Apple having such a huge army of gadget addicts – or Fanboys and Fangirls. Apple not only makes great tech – it made gadgets appealing and, practically fashionable.

The Polo-necked sweater wearing mastermind behind Apple took the company from a modest startup in his parents’ garage to the highest-valued company in the world whilst, at the same time, managing to convince people that technology could be lusted after.

Steve Jobs’ geeky friend, a certain Steve ‘Woz’ Wozniak, was building his own computer back in 1976 and Jobs’ business senses started tingling and suggested that, on the strength of Woz’s prototype, that they should go in to business together. Woz would be product designer and Jobs as salesman.

The stars seemed to be aligned for the pair of Steve’s. They obviously had a knack for tech, they were young and they were living in the heartland of computers at the right time – Silicon Valley.

12 months after setting up they released the Apple II.

Jobs told the Smithsonian that


“From almost the beginning at Apple we were, for some incredibly lucky reason, fortunate enough to be at the right place at the right time,”  he went on to say “The contributions we tried to make embodied values not only of technical excellence and innovation — which I think we did our share of — but innovation of a more humanistic kind.”

The business went from strength to strength and Jobs became one of the posterboys of the 80s. In 1983 he offered then boss of Pepsi, John Sculley, to join him at Apple with the immortal words: “Do you want to sell sugar water for the rest of your life, or do you want to come with me and change the world?”

Sculley said yes and then, later, fired Steve Jobs from the company he started. That naturally hit Jobs very hard.

Not one to sit and mope Steve found a new outlet for his creativity and founded Pixar which went on to create the first ever computer animated film – Toy Story.

He still kept a foot in the computer door with NeXT who built an operating system which Jobs sold to Apple, who renamed it OS X.

By 1997 Apple was kind of losing its direction and Jobs returned behind the fruity steering wheel.

From this point the list of genuine gadgety genius just keeps on going.

The first iMac stood head and shoulders apart from the beige boxes thanks to Jonathon Ive’s keen and unique eye for design. This is when people other than geeks could actually appreciate technology.

MP3s were peeping around the corner and then the iPod and iTunes landed. The dynamic digital duo kicked the music industry in the nuts and eventually made acquiring music via your computer as natural as popping to the record store.

The biggest jaw-dropper and object of gadgety lust has to be the iPhone. Not only was it the first usable touchscreen mobile phone it packed in an iPod media player, access to the internet, the ability to send emails and hook-up to Wi-Fi.

Even though I remain a tablet-skeptic I cannot ignore how many companies have followed Apple in to the land of post-pc computing. The iPad was actually being planned back in the 80s. Check out the video below from 1987 which shows that Apple already had ideas about what later become the iPad, FaceTime and Siri – shame we had to wait a couple of decades!

A true pioneer, a true character.

RIP iSteve – as you once said: “Stay hungry. Stay foolish.”