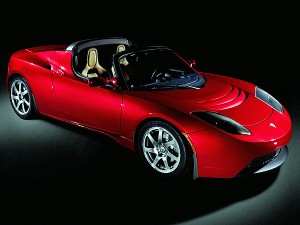 If you live here in the UK but fancied a Tesla Roadster good news as just hit as they open a showroom in London.

The American electric car maker, Tesla, has just confirmed that it will make a right-hand drive version of its Roadster model which should appear in early 2010.

The Roadster is designed around the lovely Lotus Elise and has a sub 4 second 0 to 60 combined with a range of over 200 miles after a 3 hour charge.

Elon Musk said that “had the potential to become a huge market for Tesla, bigger even than the US”.

Development of the Model S electric saloon was confirmed as “back on track” for launch in late 2011.