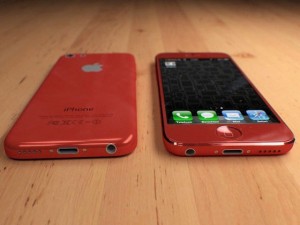 If your plans of owning a shiny, new iPhone 5 was thwarted by your fiscal embarrassment there may still be a way.

News of an iPhone, half the price of the current model, has been reported to accompany the iPhone 5S.

According to Jefferies & Company analyst Peter Misek the plastic iPhone 5S will launch in June or July this year.

This ties in with other budget iPhone rumours that claim August as the launch day.

Personally, when I first handled the iPhone 5, I thought that the flagship Apple smartphone had already lost its sturdy metallic casing. The renders of the plastic iPhones are making an appearance online, so it could only be a matter of time.

Expect to pay around £220 for the handset. What is up for debate is whether or not that price will get you a Retina Display. If Apple follows on from what they did with the iPad Mini, then the budget iPhone would lose that peeper pleaser for something more cost effective.

Could you put up with a plastic phone with a lesser pixel count and save half the cost of a fully fledged iPhone?