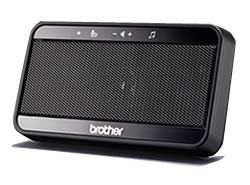 Having a gadgety blog and being part of a self-managed and self-promoting band means that a lot of my meetings are conducted over the phone or VoIP. Brother has just released their VT-1000 speakerphone over in the states and GadgetyNews has managed to get hold of one to see if the promise of executive-standard conference calling can be affordable.

More and more people I know seem to be going freelance. Where they might be tempted to splash out on expensive conference hardware I would urge them to check out the Brother VT-1000 portable speakerphone.

The new speakerphone will work with virtually any web conferencing service, but is optimised to work with Brother’s own OmniJoin service. 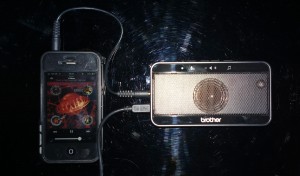 The speaker will work for playing music from your phone or computer as well as providing handsfree calling.

The VT-1000 Speakerphone boasts an omnidirectional microphone for crisp, clear voice communications and includes smart, convenient audio features such as noise reduction, echo cancellation and even presentation sound mode for those PowerPoint moments.

I was impressed by the little unit’s crystal clear audio using my iPhone and over Skype calls. The phone was simply attached by a double ended jack and for Skype calling on my PC the VT-1000 was hooked up via USB (which also powers the device) – all the cables are bundled in with the speakerphone, as is a carrying case. 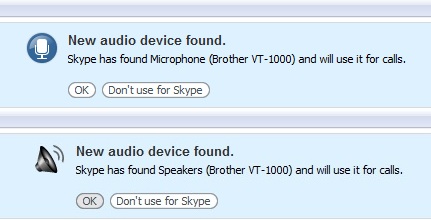 Setting up with Skype was simple as it recognised the new hardware instantly. OmniJoin was also easy to set up and get going with.

Once it’s all connected then the VT-1000’s built-in kickstand has it sat on your desk or hotel table ready for business. 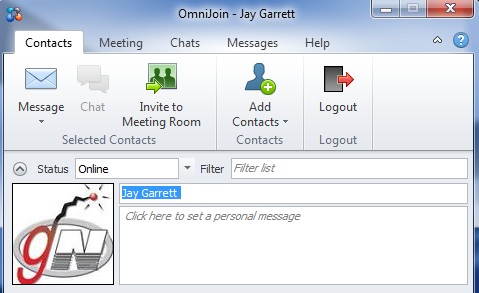 “Until now, videoconferencing products for SMBs and home office workers have been cost prohibitive, or have had challenges around compatibility and performance quality,” said Bill Henderson, Vice President of Brother International Corporation. “Our products, combined with the OmniJoin™ service, represent an ideal marriage of affordable, quality plug-and-play hardware and an online cloud service to assist the small to mid-size business community in their day-to-day work and collaboration.”

I think that the VT-1000 is ideal to pack away with your laptop or tablet as you travel around – or to use with your phone. Those hotel room-based conference calls will be as clear as they would be at home or in your office.

The Brother VT-1000 speakerphone has a US street price around $99 – no news on a UK cost just yet.