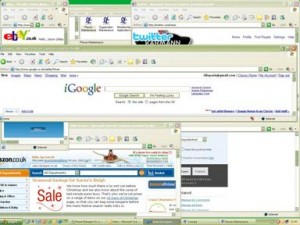 An AMD-commissioned YouGov research into British notebook usage has shown that mostÂ Brits would rather be hooked up to the interweb than ownÂ their own ride!

Britons apparently consider access to the internet (67%) as more important than access to a car (54%) or a washing machine (58%).

AMD suggests that theÂ “constantly-connected” Brits are shunning face-to-faceÂ get-togethersÂ in favour of social networking sitesÂ and catching up with TV online.

The report states that almost half (41%) of men enjoy watching BBC iPlayer on their notebooks.

Men are the ones most likely to download music (71% men v 62% women) and the ladies are more interested in chatting with their friends and family on Instant Messenger (75% v 72% of men).

Now – I must get back to Twitter, check my email, see who’s online on MSN, AOL, ICQ….