Britain is top in Europe for internet use as well as the cheapest – shock! 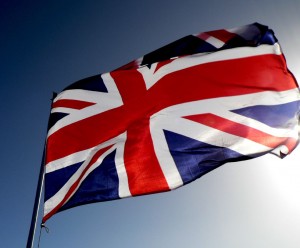 Hold on to your Union Jack shorts, but good ol’ Blighty has given the other major European countries a jolly good thrashing for the number of people using the Internet, as well as having some of the cheapest prices!

Yes indeedy! It might be hard to believe but new figures from Ofcom, which ranks Britain against what it calls the EU5 (Britain, France, Germany, Italy and Spain), shows that our tiny island is actually winning something again as we’re in the top 3 in every category. Mock our sandal and socks combo, would you?

Ofcom put together the European Broadband Scorecard to measure broadband coverage, the number of people using it, how they use it, how much it costs and whether there’s a decent choice of fixed and mobile broadband.

In the UK, 81% of the population uses the Internet, and we’re second only to Spain for connecting to the Web with our phones and tablets. It is predicted that this will rise once more 4G networks join the first LTE network, EE.

That’s all very well and pleasing, but what actually surprised me was that the UK also leads the way in eight out of twelve factors for measuring price!

Now, before you unfurl the bunting, Germany and Spain have better superfast broadband than us. Boo, to them!

This is apparently all set to change, however, as the Department for Culture, Media and Sport will use the annual scorecard to monitor progress towards the government promise that we’ll have the bestest superfast broadband network of any major European country by 2015. That’s fighting talk, that is!

Meanwhile broadband expert Marie-Louise Abretti at comparison site uSwitch notes that, “Worryingly, the government’s emphasis on rolling out super-fast broadband has overshadowed the fact that there are still coverage blackspots across Britain, where speeds are patchy or excruciatingly sluggish.”

Yup – I for one live in an area of E17 which is only served by ADSL, so no hope of fibre optic speediness at my home 🙁

How does your interwebs stand up against Europe’s best? Did you live in Europe before coming to the UK and did you notice a change for better or worse with your web?