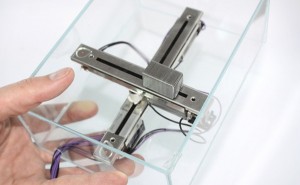 How do you feel about having a mobile phone that pulses with a heartbeat or rises and falls as if calmly breathing in your pocket?

Nah, me neither – that would just be too freaky.

But Fabian Hemmert does have some less creepy ideas when it comes to shape-shifting blowers.

In the video below he talks through his prototypes that he presented at his TEDxBerlin talk in November last year.

One of his designs is a phone that can get thicker on any of its four corners, and another that can shift its center of gravity so that they’re easier to handle.

I also dig the idea of rotating a phone into landscape mode and it altering itself so that it makes itself into a kickstand.

Watch, be amazed and slightly baffled at the video below.