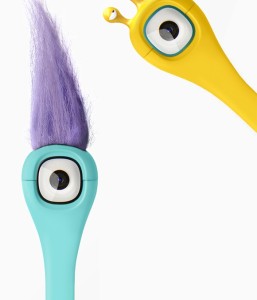 The Boud Flex Cam Pic is going as far away as it can from the typical boxy stylings of action cams in favour of a flexible body that can wrap around virtually anything. Oh, and these cams seem to have their own characters too.

The idea behind the Gumby-like flexible material is that it allows you to wrap it around your wrist, an ankle, bicycle handlebars, or even a dog’s collar. You can even wrap it in a circle so that it stands on its own; so no need for a separate tripod.

The entire idea behind the Flex Cam PIC is that the camera is flexible. You can wrap it around just about anything you’d like, largely eliminating the need for a dedicated mount and tripod while still allowing it to be used in ‘adventure’ settings. You can wrap it around your wrist, for example, the front of your bike, or your helmet’s strap.” 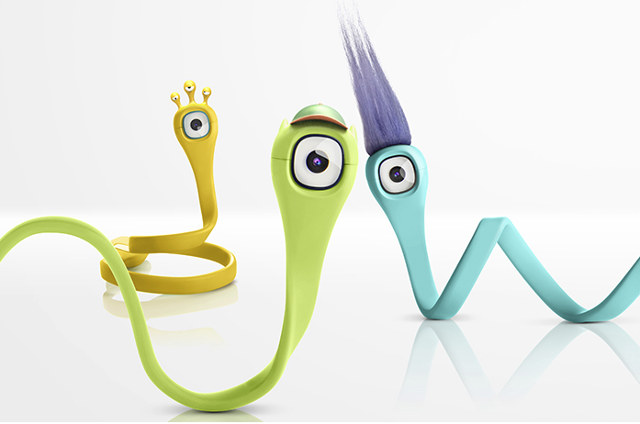 The Flex Cam Pic was successfully funded on Indiegogo in June and is currently in production.

It’s not just about its funky looks and bendy body though. Inside the Pic is an 8-megapixel camera that records footage in full HD, 1080p at 30 frames per second, a 480mAh battery for up to an hour of video recording, and 16GB of onboard memory.

This cam is also Bluetooth capable, so you can control it with the accompanying app for iPhone or Android, or you can transfer files seamlessly with a USB connection.

Not only that, this is a proper action cam as it is splash proof, and is protected by HOYA 5 Glass.

To control the camera directly just give it a few taps of the button at the bottom of the flexible body and off you go recording video.

To turn the Pic on, press the button for a few seconds; double tap the button to start video recording, single tap to snap a pic, and turn it off with another long hold. You can also start recording from afar with the app, which connects to the Pic via Bluetooth 4.0. 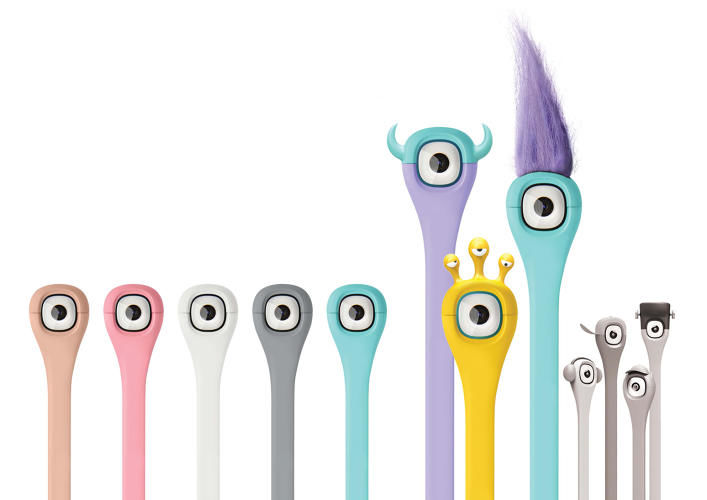 The Pic is available in a wide array of colours — apricot, blue, grey, pink, and white — as well as character models. Frank has a tuft of hair reminiscent to those Troll Dolls from back in the day, Bob has three eyes on top of the camera, and Jack has a pair of horns. More character models are coming soon – perhaps some with girls names, in the interest of equality and all.

Pricing is yet to be determined, but look for the Flex Cam Pic in the early spring.