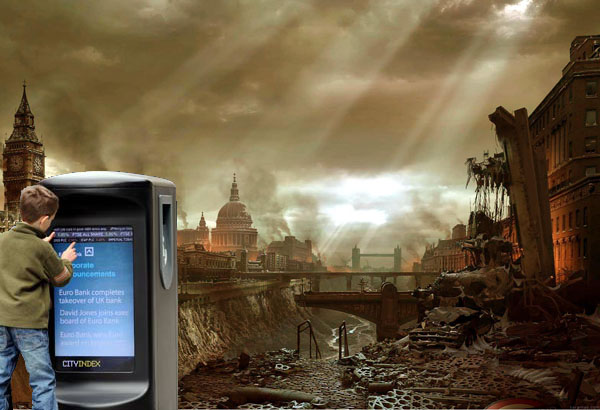 If you are a thoughtful citizen such as I am you will have noticed the lack of rubbish receptacles in the lovely London.

This is mainly due to the scare of bombing terrorists leaving their deadly trash and destroying people and places.

Well, London will be the first city to test out new bomb-proof bins.

Not only will they take your fast-food cartons but they’ll also rock LCDs that stream travel info and news.

These were developed by British company Media Metrica and weigh one ton each.

Testing took place in the deserts of New Mexico for five years to ensure they are completely, totally indestructible, can absorb heat from explosives, prevent shrapnel spread, and extinguish “fireballs.”