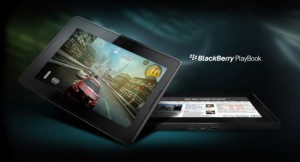 The BlackBerry PlayBook will land in North America at some point ‘tween the start of next year and March 2011 – The UK will get it the following quarter.

This isn’t word-on-the-street stuff here folks! This is from Norm Lo, RIMâ€™s VP in the Asia Pacific region.

So April/June 2011 will be the time for PlayBook UK which will mean that it will probably find itself up against iPad 2 and everyone else’s new tablet that will inevitably unveiled at the new years party that is CES.

Apparently the BlackBerry slate will have 4G compatibility – not sure if that means WiMAX, LTE or HSPA+.

It has also been stated that the PlayBook will cost $500 (Â£311) which is inline with the basic iPad price.Â  You have to remember that the PlayBook may benefit from network provider subsidies so it could well undercut the Apple tablet 😉