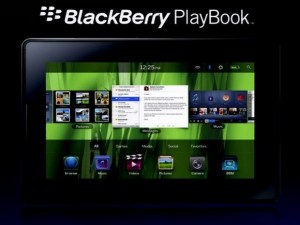 RIM’s PlayBook does look very tempting and in tests sat next to the iPad it does a great job – but at what cost?

Well, it appears that analysts may have located the BlackBerry tablet’s Achilles heel – battery life.

Kaufman Bros. analyst Shaw Wu is stated as saying that the current BlackBerry PlayBook’s battery lifespan is nowhere near that of what it’s hoping to compete with – namely the Samsung Galaxy Tab and the Apple iPad.

According to All Things D, Wu’s sources have told him that the PlayBook currently only lasts “a few hours” per charge. That doesn’t stack up too favourably against the Galaxy Tab’s six hours, and the iPad’s 10 hours or more with moderate use – that’s not mentioning that the Apple tablet has significantly more screen space as well!

What’s causing this power leeching? Well, fingers are being pointed at the PlayBook’s operating system: QNX.

QNX was originally designed to be used in systems that are plugged in, like network equipment or interfaces in cars – in other words the QNX OS is not optimised to sip from a portable puter’s powersource.

This issue has been the suggested reason for the PlayBook’s release date being pushed back to May 2011. Short of using a different operating system though there seems to be very few solutions. RIM could sling in a larger battery but when they’re aiming at the higher-level tablets; weight and size are generally in the top 3 things buyers are looking at.

Wu has also taken a swipe at the PlayBook’s chances of taking on the iPad’s marketshare saying that RIM will sell 700,000 units in 2011, far less than the one million to eight million that other analysts have reckoned. â€œAs we have said before, we are not convinced that tablets outside of the iPad will see high volume success,â€ he concludes.