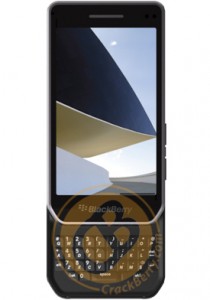 This week BlackBerry was blocked from naming their new operating system BBX so have gone for the more straight forward BlackBerry 10 – Say hello then to the first BB10 mobile phone: The BlackBerry Milan.

Research in Motion’s first BlackBerry handheld device to sport the new BB OS not only follows the BlackBerry London in being named after a city, it also takes a few design notes – but the Milan stays within RIM’s comfort zone and still packs a QWERTY board.

That kinda puts paid to the idea that the BlackBerry cobbler would be dropping keyboards with the arrival of the once-name BBX OS.

The new slider draws inspiration from both the Torch and the London – gone is the menu and call buttons as well as the disconnect and the back keys.

Rumour has it that the Milan will be equipped with a 720p high-resolution display.