BlackBerry Messenger User Details to be Handed to the Police 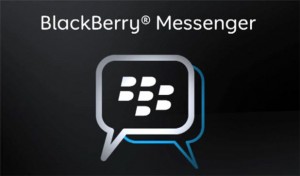 BlackBerry cobblers, Research In Motion, have pledged to help UK police by giving them access to user information in relation to the recent riots that have blighted the country.

It has been said that the rioters have been communicating and synchronising their thuggery and theft via BlackBerry’s encrypted BBM messenger service.

David Lammy, MP for Tottenham, stated that BBM’s encrypted network was “one of the reasons why unsophisticated criminals are outfoxing an otherwise sophisticated police force.”

RIM could potentially hand over the smartphone’s owner’s name, location, number of messages sent and who those messages were sent to at what time.

RIM would not normally be able to release this level of private information about its users without a warrant but an exception is made in the UK Data Protection Act where that information could help the police prevent a crime.

RIM haven’t released an official statement yet, but have reportedly said that it will be cooperating fully with the Home Office during the investigations into the recent unrest.

This is not to say that social networks and messaging services are all bad of course – thanks to Twitter and Facebook clean-up volunteers were mobilised way before official repairs were actioned. Also support for the Met Police and the naming and shaming of rioters and looters have all been widely supported by online communities.