BlackBerry going back to what it’s good at 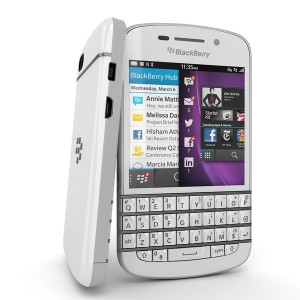 BlackBerry made its name by the popularity of their QWERTY-boarded smartphones, then they started to release touchscreen devices which didn’t exactly become popular. Now the company’s CEO, John Chen, has announced that the company will be focusing on smartphones with physical keyboards again.

BlackBerry launched a number of new BlackBerry 10 devices last year, some with physical keyboards and some with touchscreens, and the keyboard models appeared to be more popular.

It then makes perfect sense for the Canadian phone-cobbling company to focus on their strengths and dish out some new qwerty-packing phones.

Of course this doesn’t mean that BlackBerry will stop making touchscreen smartphones, the company recently announced a partnership with Foxconn to produce a new smartphone, which is rumored to be a touchscreen device.

BlackBerry has a lot of work to do to make its smartphones popular again, as its new BlackBerry 10 OS, which was supposed to turn the company around, failed to gain the interest of consumer last year.

It will be interesting to see what happens, and whether BlackBerry can claw back its market share. If the rumoured plans to allow owners to access the Google Play Store goes ahead too, it might just stand a chance.