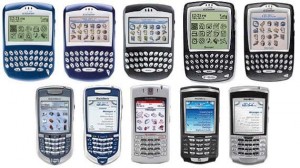 Research In Motion (RIM) has just announced its plans to standardise the resolution across all of its Blackberry 10 devices. Not only will this make app building easier for developers, it also confirms that all Blackberry 10 devices will feature high definition displays.

It appears that any BlackBerry loaded with the BB 10 operating system will be equipped with HD screens as this is a requirement for devices running the new OS.

The current range of Blackberry smartphones are all over the shop where screen resolution is concerned.

This might be seen as offering the user a range of options to fit their needs and budget but it makes the task of developing for the platform problematic, as it’s difficult to create applications that are able to fit the variety of different resolutions and form factors.

RIM’s move to standardise its display resolutions will all but eliminate this issue for the future generation of smartphones running Blackberry 10 OS.

The company will produce two categories of handset, with resolutions of 1280 x 720 for full touch devices and 720 x 720 for those with keyboards. This is a significant jump-up from the current generation of devices. This also underlines that BlackBerry aren’t planning to get rid of their famous keyboards any time soon.

Annoyingly and, more to the point embarrassingly, however this announcement does leave out one key handset: the very first Blackberry 10 full touch device.

The company claims that this particular handset is too far through the manufacturing process for such a significant change to be made. RIM are therefore advising developers to simply “letter box” their apps for the device, thus future proofing them for the next generation of full touch screen resolutions.

This work around will leave a 24 pixel gap on either side of the device’s screen, making it a constant reminder of RIM’s oversight.

I am guessing that, as well as bringing display resolutions up to the level of its competitors, this move may also be designed to attract developers to the platform.

The Blackberry App World is practically a ghost town when compared with Google Play and Apple’s App Store. BB App World is host to less than 100,000 applications with the other two enjoying party time with in excess of 600,000 apps each.