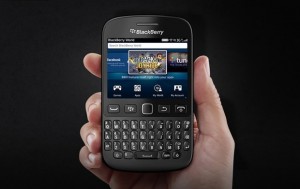 Word has been whispered around the interwebs that, chances are, that the BlackBerry 9720 would be the last BlackBerry 7 device. Now, BlackBerry has now officially confirmed this.

This latest news comes from BlackBerry VP of Developer Relations who has just confirmed to N4BB that the 9720 would be the last BlackBerry 7 handset.

The BlackBerry 9720 comes with BlackBerry 7.1 and has the much-loved QWERTY keyboard. It is also equipped with a 2.8-inch 480 x 360 touchscreen display.

The BlackBerry 9720 is powered by an 806MHz processor and has 512MB of RAM, along with a 5-megapixel camera.

As you can see, the specs aren’t going to set your heart pounding and, as it’s basically a Curve with a bigger home, and can only see the prices drop to make it a decent entry-level BB if that kind of thing floats your boat.

It does, however, have a pair of convenience keys and if you do use BBM a lot, the BBM hot key is very convenient.

Interestingly, BlackBerry OS has seen nearly double the apps even since the BlackBerry 10 launch.

Developers will still be able to develop for the BlackBerry 7 platform but, in terms of its continued support by BlackBerry, that’s still unknown.