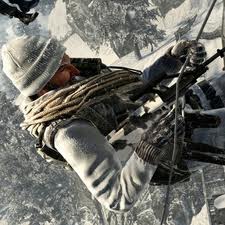 It comes as no real surprise that Call of Duty: Black Ops has hit the top of yet another chart.

This time the latest COD title has attacked the number one position in the UKâ€™s official Christmas all-format gaming charts!

This proves that the game is still in huge demand even six weeks after its official launch.

Black Ops has so far recorded more than 3 million UK sales; racking up over Â£100 million in the UK alone – totally annihilating the successes of the previous medal winners; Call of Duty: Modern Warfare 2 and Nintendo’s Wii Fit.

EA scored in both silver and bronze positions with FIFA 11 and Need for Speed: Hot Pursuit which must still be a great Christmas present for the label.

In fourth place is Just Dance 2, fifth goes to Assassins Creed: Brotherhood both from Ubisoft with GT5 slipping down to sixth.

Director General of the UKIE All Format Top 40, Michael Rawlinson, spoke out regarding the seasonal surge stating: â€œWith over 11m video games sold in the last four weeks in the UK, generating over Â£290m, they are clearly the gift of choice this Christmas, showing once again that the interactive entertainment industry is the UKâ€™s leading creative industry.â€

He added: “The Christmas chart also demonstrates the variety of choice on offer for consumers; there really is something for everyone.â€

What have you asked Gaming Santa to leave wrapped up next to your console?