Black MacBook Air: “Too easy to make the computer look like crap” 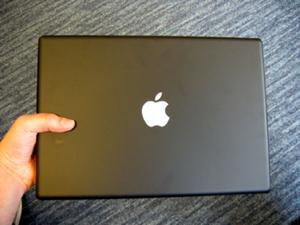 It was good while it lasted. I, and a few of you also, were very excited at the thought that Apple was going to release a black MacBook Air. Unfortunately it appears that Apple has killed off any such plans.

An Apple employee has sent in an email to Mac Rumours which reads:

â€œWe tried to powder coat the Air’s [sic](and Pro’s [sic] for that matter) in black as a test run. There are more than a few floating around campus. The coating looks good and holds up well, but it also soaks up body oils, making the palm rest look pretty gross. Ultimately that is the reason that the top brass (Jobs) killed the idea… it was just too easy to make the computer look like crap.â€

Let’s face it though – they found what we all assumed should be the easy task of releasing an iPhone 4 in white fairly tricky and it took them a year to conquor.

On a more positive note, however, the staffer does claim that black models will be released in the future, just not, â€œâ€¦anytime soon.â€