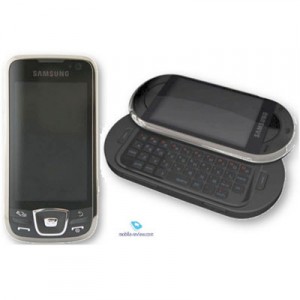 And so it continues.

We got a glimpse ofÂ  T-Mobile’s release schedule for the year that pointed at the release of the BigFoot Android handset but now Unwired ViewÂ has published details ofÂ  anotherÂ Android handset.

So – say hi to BigFoot and Spica!

It turns our that these aint just new lumps of hardware – they’ll be using an all-new Android operating system known as Donut (2.0).

What Donut offers isn’t clear – will there be jam or a hole in the center?Â  Noone knows!

WhatÂ is said is that this is theÂ version that most phone makers have been waiting for – so there should be an army of new AndroidsÂ in time forÂ Christmas.

BigFoot and Spica each seem to be sporting a 3 inch WQVGA TFT screen, 3-megapixel camera, GPS, W-Fi and HSDPA connectivity.

Word on the interweblogosphere points to the pebble-shaped BigFootÂ being pitched as a ‘gaming’ handset, while the Spica will ditch the Android interface, using Samsung’s TouchWiz control instead.