Big Picture from Steam lets you game on your TV 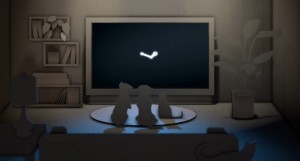 PC game clever-clogs, Valve,  have their sights trained on your sofa and big-screen telly. The developer has released a beta for Big Picture, a version of the Steam game client formatted specifically for use with home televisions and game controllers.

Connecting your computer to a TV is nothing new, but that usually just involves the TV acting as a monitor, which is all very well and good but your telly has been designed to be viewed from across a room – a monitor is usually no more than a keyboard away.

Big Picture has been specifically designed for relaxing in the comfort of your living room, while still having access to all the features of Steam through a TV.

Users can browse through over 2500 titles to purchase, check out trailers and demos, chat with friends, and play games from their library.

As a bonus, Valve has thrown in what they state as being “a web browser for the TV that doesn’t suck”.

The interface was designed with a game controller in mind, so it has a simpler, dashboard-style menu for navigating everything on Steam.

There’s also a unique typing function, named “Daisywheel,” which involves selecting groups of letters with the left analog stick and then pressing a corresponding button for each letter – this should be easier than flicking around a virtual QWERTY board.

As far as controllers go, Valve recommends the Logitech F710, the Razer Onza, or an Xbox 360 controller for use with Big Picture, though any controller with a similar button configuration should work.

PC gaming die-hards that have grown attached to their mouse and keyboard do have the option of bringing them in to the living room too.

To access Big Picture on a television, users will simply need to connect a computer running Windows Vista or higher that is capable of running Steam, preferably with an HDMI cable.

Users can use other connections, like wireless or VGA, but that stuff is all down to their TVs and computers.

After connecting the two devices, just load Steam on the computer and select “Big Picture” to start playing PC games on the TV. Gamers can also use Big Picture with their regular computer monitor if they want to use the simpler interface. Valve has also stated a version for Mac OS X is on the way.

Big Picture is probably more a way for Xbox and PS3 gamers to make the transition to PC gaming rather than bringing PC gamers in to the lounge.

As hooking your computer up to the television would more likely involve connecting a laptop I can’t see people dragging in their gaming tower PC and high performance mouse and keyboard away from their multi-display array.

However, there’s nothing stopping anyone buying a separate gaming puter for the living room in order to get some Left4Dead on the big telly 😉

Big Picture is now available as a free beta for anyone using Steam.