Better Than Wi-Fi? Free Wi-Fi Everywhere From Monday Thanks to Skype! 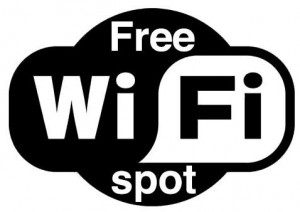 Skype is sponsoring free access to public wi-fi hotspots in the UK for the duration of the first Internet Week Europe – bless ’em.

Internet Week Europe is a celebration of the web starting on Monday 8 November and running until Friday 12 – There will be over 80 events held across London to celebrate.

To get involved, you’ll need the Skype Access service. Â Skype Access is an app that allows you to use other companies’ Wi-Fi hotspots and pay with Skype credit. Â It’s particularly handy when you’re out of the country, as Skype has deals with wireless providers all over the world but during Internet Week Europe, this will be free.

All you’ll have to do is get the latest version of Skype for your computer or phone and log in to your Skype account from Monday. Choose a nearby public hotspot. The app will let you know if it’s one of the supported networks or not. If it is – then enjoy the bliss of free intertubes!

You can choose from networks including Boingo, BT Openzone, Spectrum Interactive and The Cloud. That means free use in BAA airports, and of the new Wi-Fi services on the underground in London’s Charing Cross station and across Glasgow Subway.

David-Michel Davies, co-chairman of Internet Week Europe, told The Guardian, “Internet Week Europe is all about the impact that the web has on our daily lives, from business to entertainment. What better way to celebrate that impact than partnering with Skype to make the Internet more accessible than ever?”

With the free BT broadband on the London Underground, and now this, Wi-Fi is proving to be more of an essential part of communication and not a mere luxury. The week of Wi-Fi will be a taste of things to come for us Londoners, as Boris Johnson has promised that the big smoke will become a totally connected hot-spot of Wi-Finess in just over a year’s time!