What are the best selling gadgets of 2012?

What are the best selling gadgets of 2012?

It seems like every other day, there’s a new product out there that’s promising a revolutionary, dynamic and new way to change your life forever. From Apple to Samsung, there have been more than a handful of these products on the market this year, and as such it’s been a little hard trying to get a handle on all of them. Well, fear no longer, because we’ve rounded up some of the most popular products released this year for your reading pleasure, so without further ado, here’s a rundown of the hottest products.

Microsoft’s latest version of their hugely popular Windows software is a little bit incredible. Killing off the start menu, bringing an app store and making the entire thing more comfortable with fingers than a set of gloves has revitalised the software, with sales already faster than Windows 7 and plenty of accolades in the bank, it’s proven very popular. Even better news for those of us not running the latest hardware, it’s lightning quick on pretty much everything, so expect more life from your aging hardware. 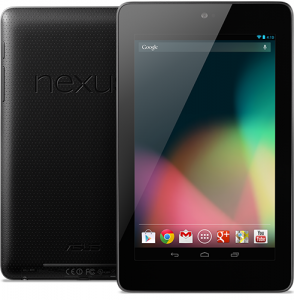 Google have changed the industry with these products. The Nexus 4 is an Android mobile, with a quad core processor, their latest software, an 8MP camera and beautiful hardware design at an incredibly low price of £240 without contract. The Nexus 7 has taken the tablet market by storm with great hardware, a quad core processor, a beautiful 7-inch screen and – guess what – a wild price of just £159 for 16GB of space, £199 for 32GB, or £239 for 32GB with a sim card slot for internet anywhere.

Their latest introduction is a direct competitor to the iPad, with a 10-inch screen (aptly titled the Nexus 10), super powerful quad core processor and the highest resolution display of any tablet by a long way, 2560 by 1600, which makes even the iPad retina look poor. With a price of £320 as well, you can probably guess why these incredible products are amongst the most popular this year. 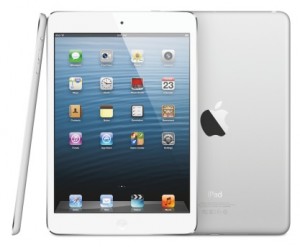 It’s what we think of first when somebody uses the word “tablet”, and there is some logic behind that, the iPad is undoubtedly a great bit of hardware with tens of thousands of very cool, useful apps for pretty much every need. Apple also recently launched the iPad Mini, and whilst it costs a good bit more than the similarly specced and sized Nexus 7, it’s a wonderful bit of hardware with exactly the same apps as its bigger brother.

This article was contributed by Holly Powell a lover of all new technology, for IT Kit.