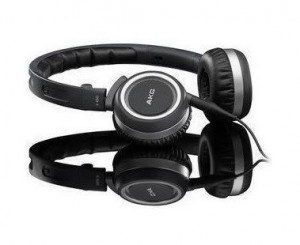 It was time for some new headphones. This is a regular occurrence as I wear headphones on my daily commute, when walking about town and when rehearsing bass at home and recording/mixing musical ideas. They get a lot of hammer and lately my Audio Technica ATH-SJ3’s have handed in their notice.

I had tested the current favourite on the streets, the Beats by Dre Solo’s but they’re very expensive and not the cleanest sounding to my ears and seemed to favour the bass-end too much – that’s coming from a bass player! I also didn’t fancy wearing the ‘mug me now!’ sign that these would probably give out to certain people in certain areas of London.

My headphones always die at the same point – the cable. So, I was considering going wireless with a Bluetooth set and really fancied trying out Jaybird’s Sportsband but no matter how many times I contacted them to test some I never had a reply. I even Tweeted Judd direct – still nothing.

Then I thought – well, if I’m after some headphones that will do all the jobs I want then Bluetooth wont do it. I can’t link them to my bass amp, my soundcard, etc.

So – it would be a wired set which set my spider senses tingling. I’m going to have to head to premium sets that have a removable chord. I knew that Bose and Shure did cans like that – but I also knew that they were well into triple figures.

and as comfy as my Audio Technica’s.

The headphone’s in question are the AKG K450. I am no stranger to the Austrian brand as I’ve used their mics a number of times in studios and knew that they were quality.

I prefer headphones to earphones partly because I believe the ear was not designed to have a sound source shoved into it and partly because headphones have a certain classic and timeless style about them. The headband on the K450 allows for good adjustment to allow for a large head or big hair. The cans themselves are a closed-back design with lovely soft padded cups for better comfort.

The left can has a port for the detachable cable which was what I was particularly on the hunt for. You also get two cables in the box of varying lengths as well as a pair of jack adapters (2.5mm/6.3mm).

The K450’s fold flat and in on themselves for travelling. To protect them further you get a padded case – so shoving them into your hand/man-bag wont leave them all scratched and battered. There’s internal pockets inside the case for your leads and adapters. It’s not a tiny case but it does offer your kit a lot of protection.

The one thing I liked about the Beats was that they came with an inline remote and mic – the K450’s come with 2 different length cables but neither have a phone kit. So, to make the headphone’s more iPhone friendly I bought the additional AKG HA450 Communication Kit (RRP £50) new for £35 from an eBay store.

That’s a grand total of £79 with the headphones! I got free shipping on both items too!

The HA450 Communication Kit gives you the cable with a remote, as well as adapters for Nokia and Blackberry mobiles and a splitter lead so that you can use your headphones and mic for gaming and VoIP on your computer – one jack for the headphones and the other for the mic.

Hands free calling gets top marks. The voice in the headphones is extremely clear and, on the other end, my voice came through the AKG mic very well and, as yet, I’ve not had to repeat myself due to call quality.

The in-line remote is a one button job without volume control which is slightly disappointing. It is rare that I need to adjust the volume between tracks so it’s not that much of a deal breaker for me but it is something that you may want to keep in mind.

What I love about the sound coming out of the AKGs is that it’s extremely even. Don’t confuse that with flat by the way.

None of the ranges are battling for supremacy – bass, mid-range and treble are all given equal attention. The bass isn’t overbearing yet punchy and clarity is excellent thanks to the crisp high frequencies.

Vocals come through with plenty of detail and are at least equal to that of headphones three-times the price I paid for these.

I listen to a broad range of music and have had Ministry, Nine Inch Nails, Rothko, Adam and the Ants, Angelo Badalamenti, Lamb, Mozart, Sibelius, Old 97s, Love, The Strokes and many more pushed through them over the past week and all sounded clear, defined with a decent punch from the bass. I’ve not noticed any glaring looks on the tube caused by leakage either. Obviously you’re not going to get the same performance from some mini-headphones as some fully enclosed cans but these are rather good.

The AKG K 450 headphones look like premium mini-headphones. They’re stylish, classy and are really comfortable as well as having the ability to be packed away into a small space. The added bonus is that the average chav probably wont give the brand a second look – unlike the Beats 😉

The removable and, more importantly, replaceable cable means that the life span of these cans should be much more than the 6-18 month life expectancy most of my headphones get.

It is a shame that you have to fork out for the Communication Kit to make them the perfect iPhone/iPod headset but you also get additional cables with that so you can Skype and game with them.