The benefits of pay as you go SIM cards 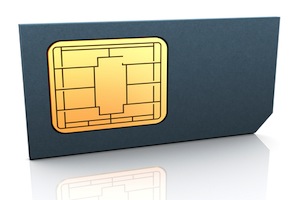 Once upon a time, it is true, Pay as You Go customers had a raw deal; unless they were immune to the petty vanities afflicting just about everyone else in the human race, they had to be happy with chunky slabs of unattractive plastic that would stretch the fabric of even the most generous pockets, save those perhaps of Coco the Clown. But happily, those grim old days of service charges, plus high call charges of yore are truly past. The phones available today that will work happily with pay as you go accounts cover the whole gamut from the simple and basic to the slobberingly gorgeous.

Why change to PAYG?

But why would anyone on a contract want to switch to Pay As You Go (PAYG) SIM cards? Contracts come with those generous oceans of free calls and text messages every month, don’t they? Well, actually, these attractions aren’t universally appealing to all customers; much rests on actual usage. For those who don’t spend hours of their day with a mobile phone stuck to their right ear, and who normally keep their verbal and text messages brief, a PAYG SIM might be just the ticket. Anyone whose average phone call extends to something like “The train’s just passing through Hinckley Bottom and I’ll be home in half an hour” might be a lot better off (provided, that is, that they’re not attending a two-hour phone-linked virtual business meeting next morning on the way to work).

Here are the three big “F’s” of Pay As You Go SIMs: Financial savings, Freedom to travel and Flexible usage. For users who make a modest numbers of calls, Pay As You Go is often far more financially advantageous than, say, a 24-month contract. Top brands have already realised the potential of PAYG alternatives to contracts, partly because growing numbers of people want low cost monthly deals that don’t tie them to a provider until their temples start to grey.

Stylishly appealing PAYG-compatible handsets are now available from Samsung, LG, Sony Eriksson, Nokia, Motorola and Blackberry and, provided an initial splurge of between £529 and £699 is within reach, even an unlocked Apple iPhone 5 can take a PAYG SIM. In fact, the main advantage these days of a contract phone is that the top-end handsets come heavily subsidized. But then, PAYG deals across the board assume that customers will have forked out for a handset before obtaining the SIM. Thereafter, though, monthly fees are generally substantially lower than contract deals and they often come with generous “contract-type bundles” like free call and free text packages. PAYG SIM deals these days are exceptionally easy to budget for, especially when users have pinpointed their text, call and data usage.

The PAYG option is also ideally suited for people who take regular foreign holidays or business trips; forget about those eye-watering international roaming fees that leave people feeling winded when they get the bill. If the phone is SIM-unlocked, a substitute SIM can be slipped in upon arrival at any foreign destination, permitting access to local networks at a fraction of the cost of standard contract roaming fees.

And, last but not least, anyone who isn’t happy with his or her mobile service provider has the flexibility of switching to an alternative at the drop of a hat, with no penalty. What’s not to like?