BBC Playlister, One +1 and next gen iPlayer revealed – The Beeb’s digital future 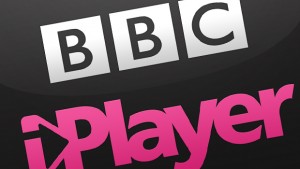 The BBC has unveiled the digital future of Auntie Beeb.  The broadcaster is transforming iPlayer from catch-up TV to online TV and introduced new services including the tune streaming Playlister.

It’s been a pretty busy morning for the BBC. The company has announced its plans for the future of its BBC iPlayer on demand service as well as a new catch up channel and BBC Playlister, a music product launched in conjunction with popular streaming services.

Tony Hall, BBC Director-General, held a briefing this morning to announce the new products and outlined how BBC iPlayer will be changing in the future.

The BBC claims it will focus on three key areas: a greater range of content, new ways of watching BBC TV shows, and innovative new features.

This means that TV shows will be available to watch for a month instead of a week, there’ll be special online-only channels, profiles to style recommendations and favourites based on individual family members or housemates’ own preferences, multi-camera access and 4K footage of events. You’ll even be able to buy BBC shows.

The much anticipated Playlister joins forces with Spotify, YouTube and other music services to take tunes from the radio to your phone, computer or MP3 player.

“The people of this country make a bold & generous commitment in paying for the BBC. They own it, they love it, and they expect the best,” says director general Tony Hall as he reveals Auntie Beeb’s digital direction. “Our audiences demand to be involved, to share with others, to debate with others.”

There will be special pop-up channels will be based around specific events such as Glastonbury, as well as online-only channels such as Radio 1 TV, Arts or Science. Episodes from the archive will also be shown as part of themed channels.

Perennial favourites such as Top Gear, The Great British Bake Off and Doctor Who, and radio shows like The Archers and Test Match Special are set to be available to view for thirty days after transmission, instead of just the much-to-short seven.

A third of iPlayer access is now gained through a smartphone or tablet. As the boarders of trad TV and radio, and online content blur, Radio 1 is getting a video channel on iPlayer for clips of exclusive performances and interviews, while BBC comedy makes its debut online before you see it on TV.

The new Playlister service takes music you hear on BBC radio and creates playlists on Spotify, YouTube and Deezer.

Sign in to Playlister and create a personalised playlist of new tunes played by your fave BBC DJ, or any BBC radio or TV show, and you can then export that list of top tuneage to your music service of choice. You’ll even be able to make a note of songs played in the background of TV shows, like the music playing in the Queen Vic.

With Playlister going live across the world, it gives the company a higher international profile for the service, and potentially sets it up for ways of generating revenues in the future.

Unfortunately this comes rather short of what many of us were hoping for.

I for one was hoping to get access to those long-forgotten recorded gems hidden away in the BBC archives.

The BBC Store will let you buy and keep BBC shows. It’s not clear what kind of content will be available – it could simply be the stuff the BBC already sells on DVD which would put the publicly-funded broadcaster into direct competition with rivals.

Could this be a move to stop making classic films and TV series available on iTunes and keep them exclusively purchasable from the BBC?

What do you think to all of this? Are you excited by Playlister or having pop-up specials, or is the license fee still too much?