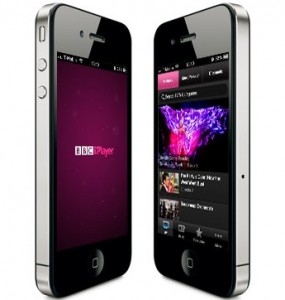 Fed up of the habitual snoring through your Christmas telly time? Stuck in traffic jams in the back of a hatchback? Aunty Beeb has got your back if you own a iPhone or iPod Touch for she brings the 3G friendly iPlayer app to the appstore.

The BBC has just released an iPhone app which allows you to enjoy your favourite BBC programmes and radio shows via 3G across any of the mobile networks.

The new app is pretty much like the iPad version and is sure to save arguments this Christmas.

This is a fully fledged app and so wont require the viewer/listener to go in via a mobile website and that’s not all. The the new app offers enhanced features that “improve the live TV and radio experience” – but more about that later.

The biggest deal about the BBC iPlayer app is that you can watch your telly anywhere thanks to 3G streaming – so no need to find a Wi-Fi network when you’re out and about. I would remind you to keep an eye on just how much you’re watching because that data munching will soon add up. Perhaps check out Three’s All You Can Eat Data plan if you really love your al fresco TV 😉

Now, one of those enhanced features aims to make you feel like you’re at home in your armchair. The ‘Live Channel Hopping’ lets you flick between live channels just like when you’re channel surfing at home. Background listening has also been added, so you can fire up a radio show and then switch to another app without interrupting your listening. The important “improved playback with greater resilience to network congestion” should cut down on any buffer stutter.

If you don’t do Apple then, later this week, good ol’ Aunty B will be enabling 3G streaming via its mobile website later this week. Don’t forget that there’s already an Android iPlayer app in the Market 🙂

For the new iPhone/iPod Touch BBC iPlayer get it free from the Apple app store.